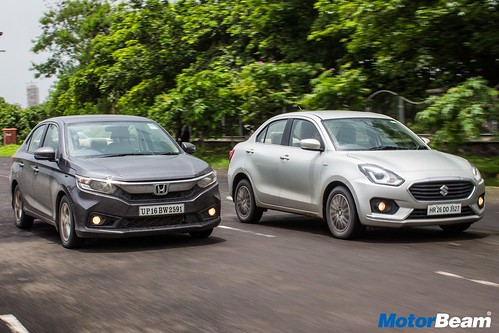 Performance – Both the compact sedans here are offered with petrol and diesel engines and both of them also get the option of an automatic gearbox. Talking about petrol mills, the Dzire gets the familiar 1.2-litre, 4-cyl, K-Series engine which pumps out 82 HP and 113 Nm while the 1.2-litre i-VTEC mill on the Amaze gives out 89 HP and 110 Nm. Power figures aside, it is the real world performance that matters and here is where the Dzire shines because the K12 engine feels so lively in comparison to the pale performance offered by the i-VTEC. The i-VTEC has a very poor low-end and really feels underpowered with most of the action lying at the top of the rev band while the Dzire has better grunt throughout the rev band and offers a better driving experience. However, both cars fare nicely on the refinement front. 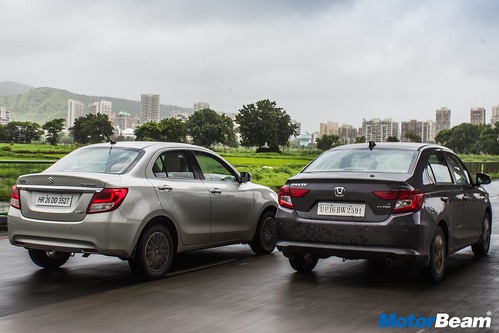 The i-DTEC oil-burner performs better than the DDiS unit

The Dzire comes with the same 1.3-litre DDiS diesel engine in the 74 HP and 190 Nm tune while the 1.5-litre i-DTEC engine on the Amaze comes in 2 different states of tune – 99 HP/200 Nm Nm for the manual variant and 79 HP/160 Nm for the CVT variant. Both the engines are fairly noisy but it is the Amaze that offers better driveability thanks to the tuning of the engine which masks turbo lag in a relatively better way and the overall peppy nature of the mill. The Dzire on the other hand has a lot of noticeable turbo lag but the surge after 2000 RPM is quite strong and the car pulls cleanly after that. 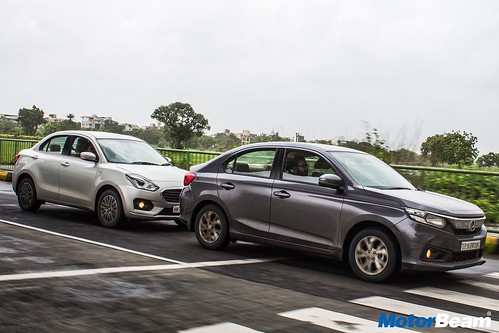 In automatics, it is the CVT gearbox which is our pick over the AMT

One amazing thing about these cars is that both of them come with manual and automatic gearboxes with both petrol and diesel engines which is great news for buyers. While the Dzire gets a 5-speed AMT ‘box, the Amaze gets a CVT mill, the petrol one being a 7-step unit. Needless to say, it is the CVT that feels smoother and offers a better driving experience in comparison to the AMT which is laggy when you push the throttle and takes quite a while to change cogs. If you’re feathering the throttle, the AMT doesn’t cause much of a concern though. Automatics aside, both these compact sedans get slick shifting 5-speed manual gearboxes. 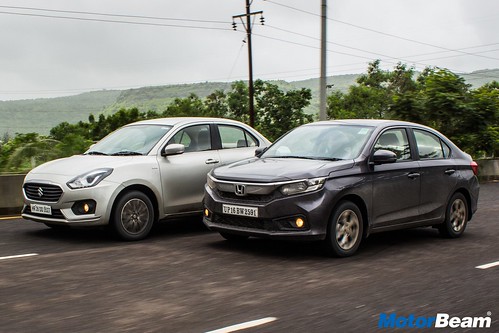 Driving Dynamics – The new Honda Amaze gets a soft suspension set up which offers a brilliant ride in the city and it absorbs bumps very nicely. The Dzire also has a good ride but at low speeds it feels slightly stiffer and sharp bumps are felt inside the cabin. At high speeds, it is the Dzire which feels more composed while the Amaze continues feeling a bit soft. The steering on the Dzire is precise but it just lacks in feel while the Amaze feels more connected and gives out better feedback. Amongst our test cars, it was the Dzire which had sharper brakes while the ones on the Amaze felt spongey and braking power also felt a notch behind the Dzire.