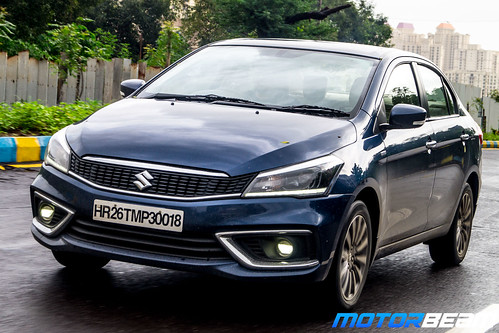 Performance – The Maruti Ciaz 1.5-litre diesel has been developed in house and thus has taken so long to come. Based largely on the twin-cylinder engine which powered the Celerio diesel and also did duty in the Super Carry LCV, the Japanese automaker took two units and retained the bore on the motor while reducing the stroke to make the oil-burner under 1500cc, thereby complying with tax norms for small cars (the same engine will also do duty in other Maruti cars). On paper, the specs might not be too impressive as far as output goes since 95 HP and 225 Nm is just an increase of 5 HP and 25 Nm, no way class-leading, in spite of being the latest engine to join the fray. 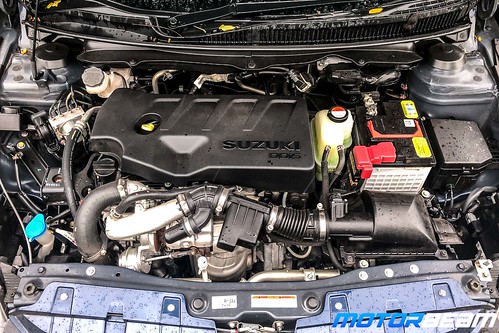 The new 1.5-litre diesel engine is extremely refined and frugal

This new diesel engine will replace the Fiat-sourced powerplant which has done duty on all Maruti cars for more than 12 years now. So in comparison, it certainly feels better in all areas other than lacking the mid-range punch. Turbo lag is better contained in the new 1.5 motor but it still isn’t punchy lower down (not in the same league as the Honda City diesel as far as drivability goes) while the mid-range doesn’t offer a kick in the pants feel, overall delivery is very linear but this car does have a top-end, redlining above 5000 RPM. Gearing is on the taller side in the interest of fuel economy which again blunts performance, however, ARAI numbers stand out at 28.62 km/l, that too without any SHVS on this powertrain. Real-world economy hovers between 17-22 km/l. 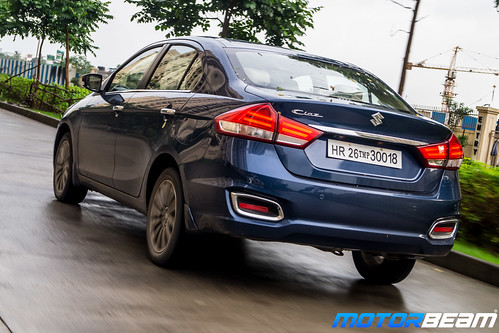 Where the new Maruti diesel has taken a great stride is in terms of NVH, it might lack the mid-range punch offered by the Hyundai Verna but is on-par as far as fuel NVH goes, being quite smooth and refined. This is indeed a big step for Maruti Suzuki because the engine on which this 4-pot mill is based on, was anything but silent. To achieve refinement, Maruti has integrated a dual-mass flywheel and the motor runs on a lower compression too, it’s made of aluminium unlike the cast iron used by the Fiat source motor, thereby being 20 kgs lighter as well. However, the car uses a fixed geometry turbocharger, not a variable one which we believe will be offered on a higher state of tune on bigger cars. The 6-speed gearbox is new as well, it slots in smoothly and offers precise shifts with the clutch being light. 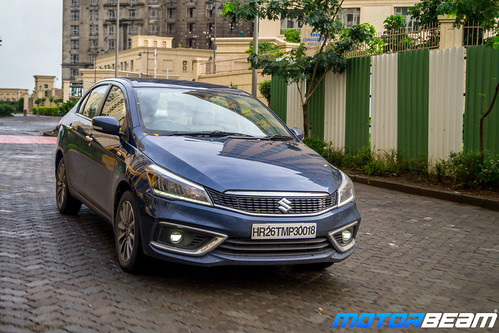 Driving Dynamics – The Maruti Ciaz 1.5 diesel sees no change in dynamics and thus there isn’t much to talk about because the suspension is soft, offering a great ride over bad roads. It’s only big bumps which catch out the car at high speeds and makes it bouncy. However, high-speed stability is great although insulation isn’t the best and you can hear a lot of the road, especially in this diesel as it’s quite silent at lower revs. The handling is decent but this isn’t a car for enthusiasts as there is quite a lot of body roll on offer but what really dulls the driving experience is the steering wheel which just lacks any sort of feel or feedback, it’s also very inconsistent, being heavy at lower speeds in the centre and not weighing up as you reach triple-digit speeds. The brakes do offer good stopping power and the tyres have ample grip with the 1.5 diesel not getting traction control.

City vs Ciaz vs Verna vs Vento – Price Comparison