With its punchy performance and spacious interiors, the Ford Endeavour 3.2 was the perfect companion for our journey

Goa might be confused to be a city but it’s actually a state and a big one at that. I say big because the airport sits in the centre and you have North and South Goa on either side, having a very different persona. Goa is also the home of most auto drive events and just a couple of weeks back, I had come to Goa via cruise and then flew back. The airplane journey is the shortest, usually done and dusted in 45 minutes sans the travel time to the airport and other formalities. The cruise journey was the longest though, took close to 17 hours plus the formalities. Which brings me to the best way to get to Goa or any place where water isn’t a barrier in between, ROAD. 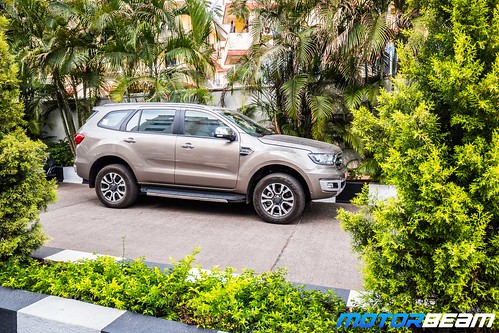 The Ford Endeavour was chosen for its excellent performance

Every year around my birthday, I visit Goa, just to sit and chill. April is a hot time and not the best time to visit Goa but it’s also a month where the roads haven’t been invaded by potholes yet. We booked the hotel rooms but were still undecided about the car. I was routing for a big fat German SUV with a monocoque platform, powerful enough for the highways and agile enough for the ghats but I was quickly shunned down by Javeid, who suggested we take the Ford Endeavour. Not having the time or energy to argue, I gave in, after all, he would be driving half the journey. 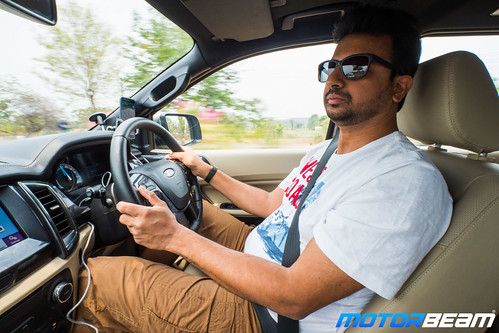 Low on sleep and high on Red Bull, we left for Goa

The plan was set, 3:30 AM we assembled in the parking lot, and 3:45 AM we drove away. I had slept for less than an hour that night so I was all dozing even when standing still. The idea with an early morning start is to avoid traffic and reach McDonald’s Kolhapur in time for breakfast, a.k.a. by 9 AM, we had done that before too when we did a trip to Goa in the Mercedes E-Class, how hard could it be? Turns out, pretty hard. As soon as we hit the Mumbai-Pune expressway, the insomniac lady in Google Maps shouted: “51 minutes congestion ahead”. Expectedly, we were in disbelief, a 51-minute congestion at 4 AM in the morning seemed hard to digest, seems like Google Maps had messed up.