In the recent years, McLaren has emerged as one of the finest car brands in the world. Based in Surrey, England, the company has built its reputation by making supercars that are high on precision and incredible to drive. We had a chance to sample one of their range-topping supercars, the 720S, an arch-rival to cars like the Lamborghini Huracan and Ferrari F8 Tributo. We find out if the 720S really deserves the hype and the title of being the best supercar in the world.

Motor Quest: McLaren was founded in 1985 in England. The company’s most popular car, the F1, was revealed in 1992 and since then the supercar maker came instantly in the limelight. Designed by Gordon Murray, the F1 was a revolutionary supercar with 3 seats, a gold-plated engine and the tag of being the fastest car in the world for 13 years! The company also teamed up with Mercedes-Benz and developed the SLR McLaren- one of the most iconic Mercedes-Benz cars of all time. In 2010, McLaren was re-founded as McLaren Automotive. Since 2011, the company has pushed the envelope and raised the bar with every car that they have launched. From their state-of-the-art factory in Surrey, the company has around 14 cars in their portfolio, under three broad categories – Sports Series, Super Series and Ultimate Series. 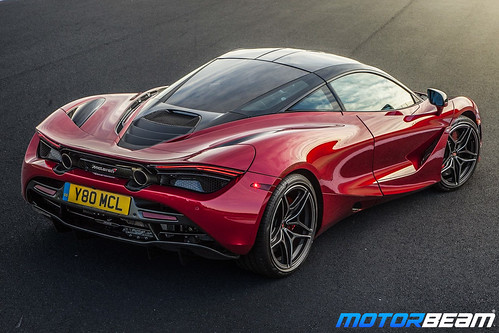 The 720S looks quite sexy and the design screams for attention

Exteriors – The 720S is one of those cars that will stop you dead in your tracks. Chances are, even a person with no knowledge about cars would stare, admire and click pictures of the 720S. It is a stunning, futuristic and sensational design to say the least. There’s so much going on, in the name of aerodynamics, yet all of it comes together very beautifully. The front of the car has tremendous presence. It is low, yes but that angry front resembles someone shouting “Get out of my way, I’m coming at you in full speed”. There are numerous cuts and creases and pathways on the front to ensure the car slices through the air. But it also makes the car look incredibly beautiful, almost a work of art. 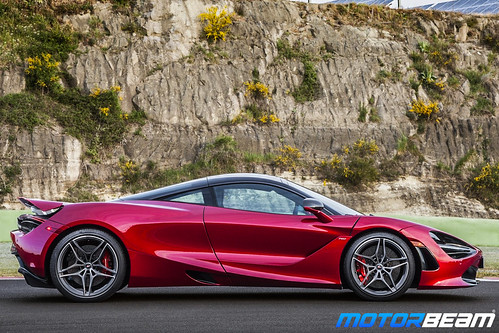 Come to the side and the 720S appears as if it was being carved out of a single block of metal. The smooth flowing lines, subtle hints of more aero kit like the cuts on the door and the large alloys look pretty awesome. Despite aerodynamics given a priority, the side profile does not look awkward like it did on the Ferrari 488 GTB. The door handle is neatly tucked away in the air-passage, making it more clutter-free. The wing-mirrors are quite the lookers in their own way. From the back, you get more smooth flowing lines and the taillights resemble those of the McLaren P1 hypercar. We absolutely love the placement of the exhaust and the fact that the engine bay glows red when you unlock the car. How cool is that! The attention to detail is simply mesmerising on this car and we are only getting started. So, safe to say that the 720S is probably one of the sexiest cars on sale at the moment.

News highlights of the day include Hyundai, Mercedes, Toyota and Volkswagen. Hyundai Kona - Prices of the Hyundai Kona have been increased by   END_OF_DOCUMENT_TOKEN_TO_BE_REPLACED

A person in Rajasthan has modified his Premier 118NE to look like a Rolls-Royce Phantom Drophead. Catch All The Latest Videos, Subscribe To   END_OF_DOCUMENT_TOKEN_TO_BE_REPLACED

The upcoming Benelli 600RR has been spied in production-ready form. Benelli had discontinued the Tornado 1130 in 2014 and quit the sports bike   END_OF_DOCUMENT_TOKEN_TO_BE_REPLACED