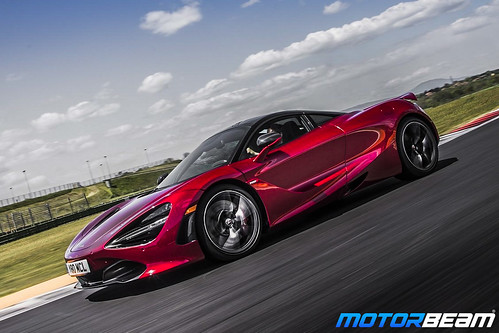 The 720S is the fastest and lightest supercar in its segment

Performance – Rarely does it happen that an automaker under-quotes the output number on its car but McLaren has done so with the 720S which is powered by a 4.0-litre twin-turbo V8. As the name suggests, it produces 720 PS of power which ideally should be at the crank but here, it’s at the wheel, meaning the crank power is upwards of 780 PS! The result? 0-100 km/hr in 2.9 seconds, 0-200 km/hr in 7.8 seconds, 0-300 km/hr in around 20 seconds and a top whack of 340 km/hr, this is a blisteringly quick car even by supercar standards. But making this even more exciting is the fact that there is lag lower down and the mid-range is where the action is as it simply gallops ahead with a sense of urgency and fright which puts the rear wheels in a tizzy. 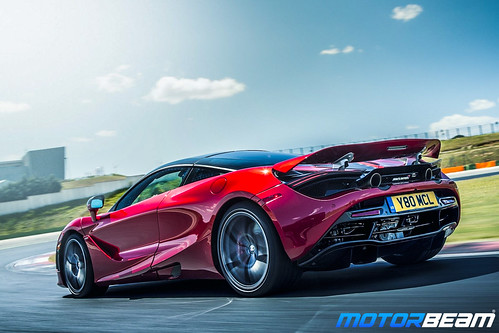 As soon as the turbos kick in, this McLaren just flies leaving behind a loud and throaty exhaust note

Redline comes close to 7000 RPM and the sound from the motor is pure aural symphony as you climb the revs. Even at start-up, it’s so loud that I wonder how it clears sound compliance. The 7-speed dual-clutch gearbox is lightning fast with shifts and there are paddles too which aren’t of much use because you simply can’t keep up with manual shifts (the gear shifts so fast in automatic mode that a data logger can’t keep up). Fuel economy is of little concern in a McLaren but should you care, it will do 2-3 km/l, sipping the highest of high octane gasoline for optimal performance which can only be truly exploited on a race track. 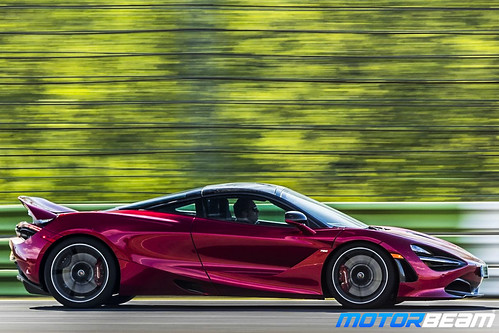 Driving Dynamics – Getting inside the car is a task, it’s low but once you are in, you can be a bit confused with the buttons on the centre console. They are of course for the drive modes – one set for traction (including an off button) and the other set for gear shifts. Plus you can deploy the spoiler and engage active aero bits which come handy on a race track. The steering feels heavy and that’s because it’s a hydraulic unit while giving stellar feel and feedback at higher speeds. The ride quality is nothing to talk about – it’s stiff and uncomfortable and not the car you would like to drive over bad roads, especially because of the poor ground clearance (there is a lift function which you have to use almost always). 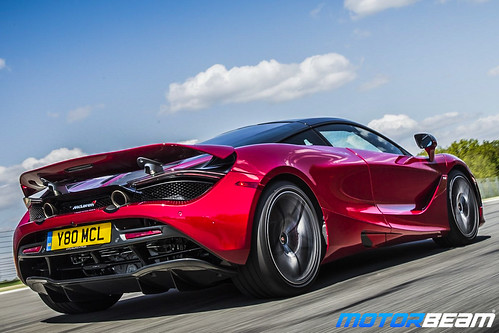 Grip levels are outstanding, however, the ground clearance is pretty low

Ride is brutal but on the flip side, the 720S is very nimble around the corners

Handling is surreal, body roll is an alien concept here with the McLaren 720S offering pinpoint accuracy. Grip levels are so good that you might believe this to be an all-wheel-drive but it’s a rear-wheel-drive supercar which channels power in such a stupendous way that it freaks you out yet keeps you in control, this can be credited to the complex ECU controlled hydraulic suspension (no anti-roll bars needed). The brakes on the 720S are stupendously powerful but the feel isn’t the best we have encountered on a supercar.

McLaren India Launch In 2018, Entire Range To Be Offered